Debate writing is an essential part of academic life. Students learn to write it at different educational levels. A debate is basically a form of public discourse.

It can be written in a formal and direct tone. Also, it is done in the form of a competition between two individuals.

Debate writing helps the students to improve their writing, analytical, and critical thinking skills. Before you start writing a debate, you need to understand a few things. The first thing you should be aware of is that it is also an important type of college essay that needs to be written under specified protocols.

The writing protocols of a debate include understanding the provided instructions, choosing the right topic, and considering the target audience. Also, knowing about the type of debate you are supposed to write is essential.

In this blog, you will get to know about all the types of debates that the students and writers frequently write. So, read this blog carefully and learn about the different types of debates you may encounter in your academic life. 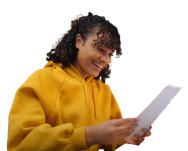 What is a Debate?

A debate can be simply defined as a curricular sport where you can only win if you have the required intellectual skills. To write and win a debate, some of the skills and helping elements you must have:

We get to see many school debates competitions being held at schools and colleges. The purpose behind such competition is to build the student’s confidence level and help them overcome stage fear and let them speak their heart out. Not just at schools, but national debate competitions are also frequently seen.

You can, later on, narrow down one specific topic out of that set of topics. Apart from that, the debate you write must be able to answer the following questions:

For a good debater, it is important to maintain an interesting and compelling tone throughout the debate. Since the purpose of a debate is to persuade the audience, this is why it is out of the question for a debater to sound boring.

Keep in mind that there are different kinds of debates, each type follows a different and specific pattern.

There are many types of debates, and each has a different purpose of writing. The most common are:

Let’s dive into the details about all these types.

Before getting into the details of the moderated debates, you need to know who is a moderator. A debate moderator is a person who has to play a very neutral role in the debate. The moderator needs to hold participants to time limits and ensure that they do not deviate from the main topic or question being discussed.

In moderated debates, the debater is supposed to negotiate the ground rules with the other debaters. Presidential debates fall in this category that is usually hosted by some huge TV networks or an educational institute.

While delivering this type of debate, each participant makes an opening statement in a specified time span. A moderator then asks a question of one of the debaters; again, they must give the answer at a specific time. This answer or response is also called a “rebuttal."

This type of debate is very famous amongst the politicians as they use it when they are running for the highest office in the land or for some kind of seat in the city council. In this type of debate, the moderator takes a microphone and walks around the audience, allowing the audience to ask related questions from the debater.

In this debate type, the question and answer session is also done within a specified time limit. You should also know that this debate type is unpredictable and can provoke both the debater and the host.

It is an open style of debate and is also very frequently used. The debate type was named after the famous series of debates between the two famous U.S. Senate candidates Abraham Lincoln and Stephen Douglas.

In this type of debate, the participants are supposed to agree on time limits and topics ahead of time. This debate format is followed by many high school and college debaters as it is one of the most structured patterns and allows people to bring in their rebuttals and perceptions openly.

This type of debate is usually around 40 to 45 minutes. At this time, the speaker makes the case, and cross-examination is done. After that, a short rebuttal session is held, and the debate ends with the final rebuttal.

The congressional debate is an individual debate done in a large group setting. Congressional debate depicts the legislative process of democracy, specifically, the United States Congress. While delivering this type of debate, the student sets an agenda of what legislation they will be discussing.

The student debates about the pros and cons, and they also use the voting session to pass or defeat the points they have observed and defended in the debate. Congressional debate strategy is considered very helpful for the students because it allows the students to get familiar with the ongoing social and political issues.

If you are writing such a type of debate, remember that there are very strict procedures that you will need to follow to determine who speaks next.

To deliver this type of policy debate, the debaters work in teams to address the provided topic. They can debate the topic and propose a solution for a problem or talk about the negative side to prove that the provided solution is not appropriate.

A public forum debate is an audience-friendly type of debate. It is also done in the form of teams on any controversial or hot topic that is usually extracted from the newspaper headlines. In order to decide which team speaks first is decided by coin tossing.

This type of debate tests the argumentative skills of the debater with the help of cross-examination and refutation. Therefore, it is also referred to as rebuttal speeches.

It is one of the speeches that take the minimum time. It hardly takes 30-35 minutes, and both the teams are allowed to speak equally.

Cross-examination is a type of debate in which two teams get involved with two participants in each team. It is mainly defined as a cross-examination period between the speeches. In this session, the opponent debaters get to ask different questions to clarify any confusing point.

To answer the questions effectively, both the teams use strong evidence and facts.

Moreover, this type of debate provides a chance to communicate with the opposing team.

This speech is a bit longer and takes around 60-70 minutes.

In a team policy debate, two teams each have 2 debaters. The primary goal is to present evidence quickly and coherently in order to convince everyone of your point. This typically happens in middle school or high schools as well.

Spontaneous argumentation involves two speakers who tend to argue on one particular topic. This type of debate requires a lot of preparation and strong argumentative skills as the debater needs to prove his point of information to be correct.

Students at colleges and universities come across this type of debate very frequently as it helps decrease stage anxiety and build confidence.

The spontaneous argumentation debate requires less than 20 minutes to complete.

Parliamentary debates are very much like spontaneous debates. The major difference between the two types is that this type of debate does not need a very detailed research session. The execution or resolution of this debate is decided in hardly 10 minutes before the debate round officially starts.

This format of the debate is usually delivered in parliaments and assemblies, particularly in the British parliament. This debate also takes place between two teams. It also involves constructive speeches and rebuttal speeches.

Here are some common types of debate arguments.

In order to make sure that your debate is the best and you can increase the chances of winning the debate tournaments, watch a few debates before you host one. This will help you get a sense of which technique you should follow and what you should avoid.

You should also make sure that your debate does not have any grammatical mistakes and minor errors. Small mistakes may be ignorable for you, but the listeners are looking to point out such mistakes and judge the quality of the content. This is why you do not take a risk and spare enough time to take care of all these things.

Even after having all the knowledge about debate writing, one can still fail to write a good debate. This mostly happens due to the lack of time. Since writing a debate is a difficult task and requires a lot of focus and concentration. For this reason, most of the students hire a professional writer for this purpose.

If you are also one of those students who is running out of time and needs serious help regarding debate writing, contact us at CollegeEssay.org. Our expert writers will write an out-class and compelling debate for you in literally no time.

All you need to do is get in touch with our customer support service and let the representative answer all your queries. We will do our best to provide you with a high-quality debate.

You can also look at some of our samples and analyze the quality of the assignments that we aim to provide.

Place your order now and leave all your worries on us. 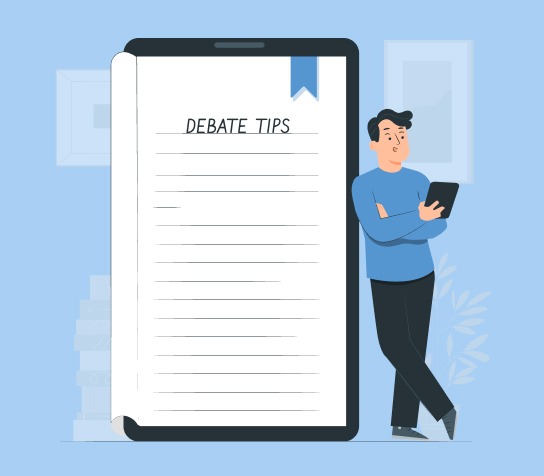